This is the classic disease that is known to be caused by estrogen stimulation. In general, estradiol causes cells to proliferate and progesterone causes cells to differentiate and grow up. Estradiol causes the femaleness in women. It causes the breasts to grow and the hips to round out. However, too much estradiol can cause an increased incidence of breast cancer. Women who have menarche early and have menopause later are at a greater risk of breast cancer. Numerous studies show that some chemicals pretend to be estrogen and can stimulate breast cancer cells in the test tube to grow. Download the paper from Breast Cancer Fund here that talks about Environmental Estrogens that cause Breast Cancer. Recently, there have been law suits that have been filed against a major pharmaceutical manufacturer asserting that birth control pills are causing an increased incidence of breast cancer. Millions of dollars have been awarded to the plaintiffs. Web search law suit and hormone replacement. 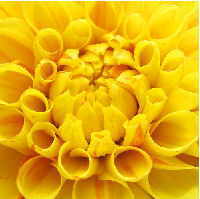 Prior to 1921, there were only 20 reports of endometriosis in the entire world wide medical literature. However, now endometriosis affects 1 out of 20 women in America and is the leading cause of infertility today in America. This suggests that endometriosis is caused by something in our environment.

In 1992, German scientists reported an association between heavy PCB contamination and endometriosis that hinted at a new chapter in the search for causes of endometriosis. Then in 1993 researchers from the Harlow Primate Center at the University of Wisconsin published dramatic and unexpected findings. Their study was of monkeys used in research on the long-term reproductive effects of dioxin. When three of the dioxin treated animals died of severe endometriosis, a new study was initiated to compare the presence and severity of endometriosis with the animals exposure to dioxin. The study found a dose-dependent relationship between dioxin and endometriosis. Animals with more dioxin exposure were more likely to develop endometriosis, and the greater a female monkey's exposure to dioxin, the greater the severity of the disease. Only one of 7 animals exposed to 25 parts per trillion dioxin was free of endometriosis. This was much higher than the rate of endometriosis experienced in the general population of monkeys at the research center, about 30%.

Operations to cure endometriosis are total abdominal hysterectomy is only about 50% successful. In the past, it was said that pregnancy and menopause usually cures endometriosis.

Adenomyosis on the other hand, has the endometrial tissue growing into the muscular wall of the uterus.

Uterine Fibroids known as myomas or fibromas are benign smooth muscle tumors that usually grow in the wall of the uterus as little round balls. The balls can grow as large as a basket ball. The smooth muscle can also grow out on a stalk and be called pedunculated.

Again, in the past, it was said that after menopause, these fibroids will shrivel up and die. This would suggest that fibroids are fueled by estrogen stimulation. Indeed, if you give estrogen to a women with fibroids the fibroids grow.

However, there are some women that are not on synthetic estrogen and are after menopause and still have fibroids growing. These women tend to be heavy users of cosmetics and toiletries.

60% of all women in America will have a hysterectomy, and the most common cause is a fibroid. I have had a number of patients that developed a fibroid after having a severe emotional shock. These fibroid women are either their parents died, they are going through a divorce, are being abused or are having a violent disagreement with a close friend or relative. The only thing that I can think of is that this emotional upset makes it difficult for them to excrete xenoestrogens. 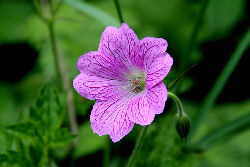 Premenstrual Syndrome is the quintessential Estrogen Dominance hormone imbalance disease. It is primarily characterized by monthly bloating and breast tenderness just before the period. Weight gain despite exercising and dieting around the hips and belly is typical, but not always true. Hair loss and hair thinning also goes along with this. The patient looks hypothyroid. The patient appears to be hypothyroid despite normal thyroid blood tests. The patient has become less sensitive to their own thyroid hormone. They may have sugar cravings. They may have chocolate cravings just before their period. This is because estrogen dominance causes a magnesium deficiency, and chocolate is high in magnesium. A Vitamin B deficiency is also caused by the hormone imbalance and the patient may develop burning or a "creepy crawly" feeling on the legs or the arms. This is a neuropathy or nerve disease caused by the Vitamin B deficiency.

The understanding of premenstrual syndrome is NOT rocket science. It is simple. The effect of monthly bloating and breast tenderness with fat marbling through the muscle is well known and documented. Ranchers routinely use artificial estrogens to engineer this same effect in the cattle they raise for meat. A synthetic "slow release" estrogen pellet is injected behind the ear. This causes water retention in the meat with increased fat marbling. The rancher can get more money because the meat is heavier. The cattle grow faster too.

Ever notice how tall and well developed middle school girls are these days? One of my patients commented that she knew exactly how the cattle felt. Xenoestrogens are likely causing unnatural growth spurts in teenage girls as well as early secondary sex characteristics. 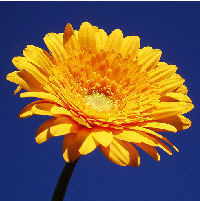 An ovarian cyst is a fluid filled grape that is on the ovary. Normally, a follicle forms on the ovary surface and then mid cycle, the follicle pops out an egg. The used follicle becomes the corpus luteum.

An ovarian cyst forms when the follicle does not pop out an egg. The follicle simply keeps on growing and can become a large fluid filled "grape". Many of my patients have eliminated their ovarian cysts altogether by avoiding xenoestrogens and phytoestrogens.

Also the breast cysts and soreness of the breasts very with the period and menstrual cycle. This means that there is a strong hormonal component.

The quintessential example of birth defects caused by xenoestrogens is the artificial estrogen hormone called DES (diethylstillbesterol). DES was invented by the pharmaceutical companies to give to pregnant women. Many women took their prescription DES in only small quantities during a critical period of sexual development of the fetus. Children exposed to DES in utero before the 10th week of pregnancy experienced structural deformities of the reproductive tract and a greater risk of developing a rare form of vaginal cancer.

A hormone is a chemical messenger. In this case a reproductive tract anomalies, the DNA (or blueprint is intact), but the messenger is affected. The messenger gives the wrong message to the builders that are building the body.

The prostate is a small walnut shaped gland that fits easily into a whiskey shot glass. The urethra is the tube that drains the bladder of urine to the outside. The urethra passes through the center of the prostate gland.

The prostate is embryologically the same as the uterus. We all know what hormone makes the uterine cells reproduce and proliferate - estrogen. Xenoestrogen and phytoestrogens cause the prostate cells to proliferate and reproduce in numbers. The gland swells up, and squeezes the urethra,and blocks the urine coming out. The solution is to put a tube in it. Another mainstream medical solution is to do a rotor router and ream out the tunnel.

I believe the better solution is to avoid xenoestrogens and phytoestrogens and take natural bioidentical progesterone. Frequently, this helps and solves the problem.

Again the prostate is embryologically the same as the prostate gland. So according to this logic the same things that cause uterine cancer cause prostate cancer, estrogen.

Raynaud's Syndrome is characterized cold extremities in the hands and feet. When a woman puts her hand into cold water, her vessels contract causing white fingers. Some of these cases may actually be magnesium deficiencies caused by Estrogen Dominance. For this subset of patients, Magnesium Supplements, progesgterone cream, and the elimination of xenoestrogens and phytoestrogens may take care of the problem.